When it comes to blogs (or any website for that matter), at least with my cursory glance at my own analytics, answers are king. If you are building traffic – you can do one of three things – be incredibly funny, be incredibly opinionated (especially if you discuss exorbitantly controversial or vacuous topics), or answer questions that people really have. They’ll ask their question in the google search box, and hopefully you’ve written a bunch of things up that will answer questions, and have answered questions, and people will link to your answers. And… lather rinse repeat.

You could also be a spammer, or someone trying to seriously pimp their “SEO” Or own the niche market

I don’t really try to do any of the above. I just write things that I care about that day – and it’s usually rambly enough that people consume it, but don’t really link to it. I’m only marginally funny, and while I’m pretty opinionated, I don’t opine on too many controversial subjects, and sadly I don’t spend as much time as I could or should writing up informative posts that might answer questions. I’d rather post funny faces from pups

My single most popular article ever was the one I wrote about my decision to vote for the President – which happened to catch the twitter eye of Tim Bray – and drove traffic on it through the roof. That was nice, not so much for the traffic, but because I respect Tim Bray a great deal.

Nope, the most popular articles I have are one about the direct positive preset in Lightroom (Lightroom 1.x) and creating your own gem server – both of which go about answering questions (well, the lightroom one is more illustrative than much of an answer) that people ask in search.

Nope, because occasionally – you can get away with just asking more questions, those reflective posts, where you don’t really answer anything. I once rhetorically asked a series of questions about my own industry’s responsibilities in building IT systems – that has landed me on the front page of a Google Search for “IT Responsibilities” And I guess that job hunters, or position writers, or HR departments are finding that post in their search for lists of responsibilities to include in resumes and position descriptions. I doubt very many read it, it’s long and rambly and just poorly written in general and on top of that its introspectively difficult for people in my field to deal with, particularly “business IT”.

Asking questions of ourselves matters even more.

Some moments in life require a suspension of all the things that we know to be true, 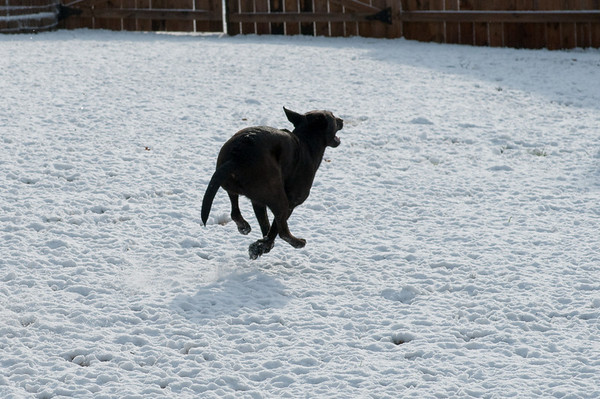 But you know, in my job, I find it more prevalent that there’s an awful lot of things at work that we should be saying – but don’t. And I don’t mean those “I love the work you do” express-the-unspoken-gratitude-and-appreciation-for-your-colleagues-more-than-you-do things . I mean, real, legitimate definitive discourse about things we do, and the things we don’t do.

Here are some of mine – and as you might imagine if you have perused prior postings heretofore mine come mainly the the form of questions.

One of my favorite movies of all time is Tombstone. It’s a somewhat rare genre for me to favorite, the story is not all that great, and story is what really drives me the most when it comes to movies. However, as “epic Western” it’s great.

There’s a quote from the movie that always been one of my favorite movie quotes. Doc Holiday asks Wyatt Earp “What did you want?” and Wyatt answers “Just to live a normal life” Doc responds:

There’s no normal life, Wyatt. There’s just life. You get on with it

That quote has stuck with me for a long, long, time. And I could use that particular quote to cover a multitude of topics about how we interact, how we come of age, answers that we seek in ourselves and others.

But one thing I want to apply it directly to is an ongoing misconception of the ways in which we act “online” and “offline.” Those still struggling with the changes in information dissemination and interaction that have happened with technology-mediated communication have an ongoing lament that somehow this communication is “less informed”, “less valuable”, “less real”. In fact, even those of us that have “grown into” the “online” (technology-mediated communication) world even tend to use language that excuses this, often calling that “offline” space “the real world” – as if “online” is something other than real.

Thankfully, those that have “grown up with” technology as opposed to “grown into it” don’t usually make this excuse. “Thankfully” because the future belongs to them.

The lament, of course, is foolish. Technology-mediated communication is different. As was television different than radio. And radio different than newspapers. And the telephone different than letters and hitching up the horse and buggy to drive into town. Which is of course different than marauding armies conquering nearby villages. I can carry the metaphor into all kinds of human history. But all that difference is really just different shapes and colors on top the same base way we all communicate. And as with all the methods in which human beings communicate, each carries with it benefits and drawbacks – mostly though, those don’t really matter much. Most adapt, and some lament. And that lament really is ignorance and/or prejudice and/or fear. All of which we humans are really good at when it comes to “different”.

And that’s where the words of the Tombstone Doc Holliday come back again. There is no normal life.

Get on with it.