The Not So Silent Killer

I think if anything sums up 2010, it was referenced in a direct tweet I received from a former colleague:

… I thought that was rare for someone your age. Wish you a speedy recovery.

“that” was a (thankfully mild) case of shingles, which I thought was rare for someone my age too. And by the way “shingles” is way too cutesy a name for something that should be called “get the hell off of me you damn invisible wasps” (hereafter, GTHOMYDIW)

As far as I know, and I can tell, I don’t have an immune disorder that might lead to shingles at the ripe young age of 37. What I do have is stress. A boatload of stress. And I don’t mean the good “I’m on a boat” kind of boatload. I don’t even mean the “I’m on the Titanic-WHAT-DO-YOU-MEAN-THERE’S-AN-ICEBERG” boatload. If we have to pick a boat, not that we need to — we’ll go with the Flying Dutchman.

Being funny is in a way it’s own coping mechanism. We all make sense of non-sensical things by sarcasm and humor, engineers particularly so. But stress isn’t a funny thing. It’s a killer. There is study after study and article after article with the science of why.

At the core it’s job stress. There are a lot of reasons it’s stressful. The details of which you don’t really write about, but they wouldn’t really matter. It’s not really any different than any other work place. What I can say is that I know firsthand that I’ve allowed the stress to negatively impact my quality of life in innumerable ways. GTHOMYDIW is just the cherry on top.

The job stress cascades into other kinds of relational and family stress, but I have ways of dealing with those. I don’t with the job stress. And I don’t really know why I don’t. I think in some ways because it’s so core for me, my meaning and purpose is wrapped up in my work in many ways. And I think maybe it’s more because it’s not a problem that I can solve. It’s not a technical problem. And it’s not really a people problem either. We juxtapose those two like somehow the people involved are either good at one or the other, but not both. But that’s not the case, both are solvable or workable in different ways. This is different, in some ways it’s cultural. In others, it is what it is. 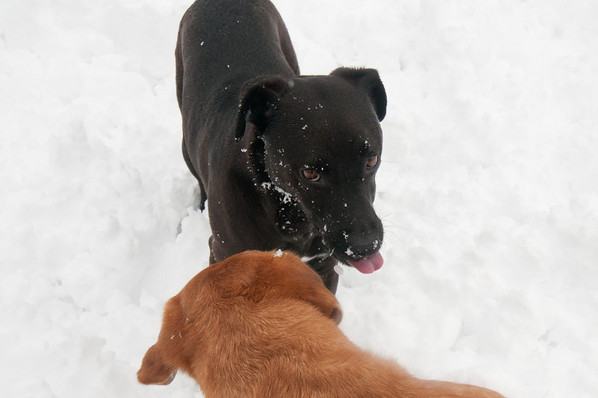 Time to get back to some modern day equivalent of the good and creative kind of stress that we evolved to over millennia — you know — running out of wildebeest-on-rye, OMG THERE’S OPRAH LEAPING OUT OF THE BRAMBLES WITH FREE IPADS, and building altars to the Mayans before December 2012.