I admit it, I’m a geek. I’m completely at home with obscure and inconsistent command line switches to applications coming from dozens of different sources. I use software written by geeks for geeks. I write software for geeks and complain about users that don’t get it. I worship at the altar of obscure error codes and ridiculous dialog boxes.

But holy moly, I have nothing on the folks from Redmond. I booted my Vista install in Parallels for the first time in forever — and the first thing I do of course is run Windows Update. First — this gem of a security dialog: 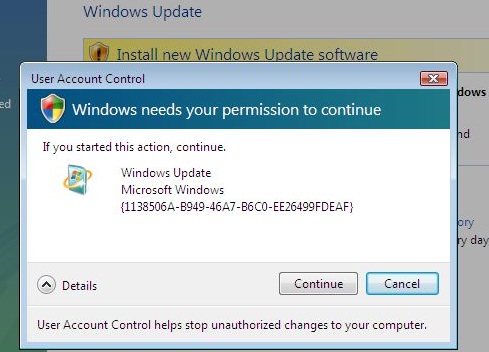 And then, Windows Update quits — I run it again — and get this gem of a screen:

Wow, folks from Redmond. You guys are the greatest.