So, I was looking at the exif information for one of the photos I took yesterday. The brown-eyed girl and I went walking at Umstead, and made a very brief, very cold stop at the observation deck at the airport — vowing to return another day when it wasn’t quite so cold. I only uploaded a single picture to Flickr, and that was only because I liked how it had this other-worldly day-glo orange look after I clicked “enhance” in iPhoto.

Nothing else I had taken yesterday looked quite right. Which I wasn’t really wasn’t expecting it too. While I absolutely love walking around in Umstead, even in the dead of winter, I’ve never seen any pictures of mine in dead-of-winter woods that I liked. But these were particularly bad, because they were all bluish — and had this washed out look.

Funny that, “bluish” description. You’d think I’d have paid attention to the weird little icon that was in the top LCD all day, but noooooo.

And iPhoto is really quite limiting with the exif information it shows (which is why I hope that lightroom’s official release is faster than the beta, because I will be on it) Flickr shows a lot more exif information — like the fact that my white balance was:

I had set it to fluorescent the night before while experimenting at the Draft Horse Pull and I had failed to set it back. And didn’t realize it until looking at flickr.

But in other news, Lightroom has a great little whitebalance control (even for jpg’s) in the beta — turning: 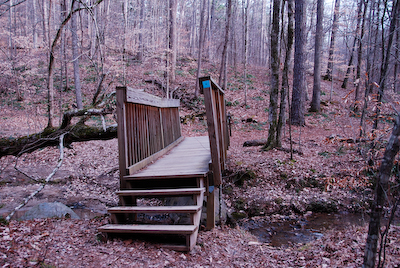 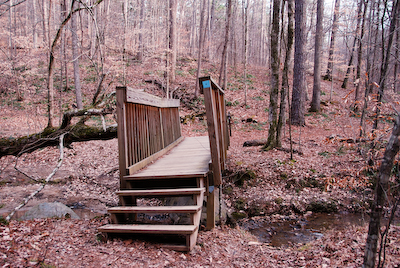 So dead-of-winter woods pictures are still boring — but the correct white balance makes a huge difference.

I think iPhoto is going to be dead to me quite soon. Here’s hoping that Lightroom is a lot faster in release, and that it also shows up in the Adobe Academic store soon.

p.s. the contrast on these looks much better in ecto and safari (I guess ecto uses webkit). They came out as sRGB from Lightroom, and I guess Safari knows how to deal with that and Firefox doesn’t. Have I mentioned how annoying color management is?